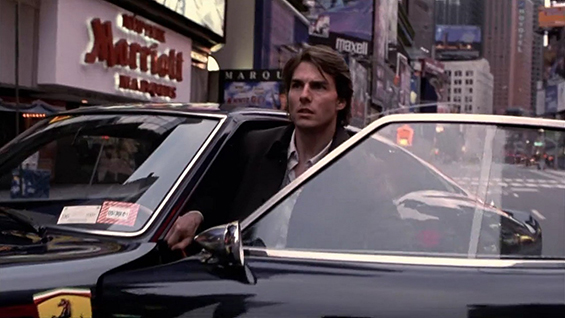 The filmmakers of “Vanilla Sky” (2001) were very ambitious. And they wanted to make a big statement. About a lot of things. And the screenwriter must have just gotten a new library card and wanted to show off what he learned from all those big books. There is a lot here to unpack, about the subconscious and psychoanalysis, about parental abandonment and trauma, about the redemptive power of love, about our society's obsession with looks. But, the finished version is really just about Tom Cruise. And if you've seen a few Tom Cruise movies, you're familiar with this material. Tom grins, he runs, he grimaces, he flips his hair, he wears sunglasses and stares off into the horizon. He chases the girl, he escapes from the bad guys, he wrestles with big issues. And he usually drives a cool car. In “Vanilla Sky,” in at least one scene, he drives the coolest of cars. A 1962 Ferrari 250 GTO. And it's beautiful. Almost as beautiful as Tom Cruise. (Who wears a mask for most of this movie. Really, Tom? A mask? We know you want to be a serious actor and all, but come on—it's not like you could, oh, I don't know, just act without a mask, like with your face and body? Just saying.)

In this scene, from the beginning of the film, Tom in a dream state (maybe? Or not? Who knows? And that's the point? Ugh, I just can't with this movie) drives his Ferrari into Times Square when he notices, hey, there's no one here! Awesome! Or is it … Let's stop here and mention that, just like in the movie ... This isn't real!! The car, that is … it's not a real Ferrari. It was a kit car built on top of a Datsun Z chassis. Not so glamourous. Bu thanks to movie magic, the fake becomes real.

And a few facts about the real GTO:

So, back to our hero … Once he realizes that something is not quite right, he stops his car in the middle of the street, in the middle of Times Square, opens the door, looks around, and runs away. Yes, that's right, he just runs through the city. Here's a litmus test to see if you are a true car lover … Did you cringe at the sight of that GTO just abandoned in the street with the door open? If you did, or if you thought, what if the one other car left in the city comes along and crashes into the back bumper, or the grill, or the open door of that gorgeous Ferrari, then you are a true car lover. The kind of person who would appreciate the care we take with all of our Ferrari parts here at Ricambi America. We would never suggest that you just ditch your car and run full speed through the streets of Manhattan; we would say, “Are you insane? Drive that car!! When will you ever get another chance to speed unimpeded through Times Square? Take advantage of this dream state!” If only Tom Cruise had listened to us. Oh well ... 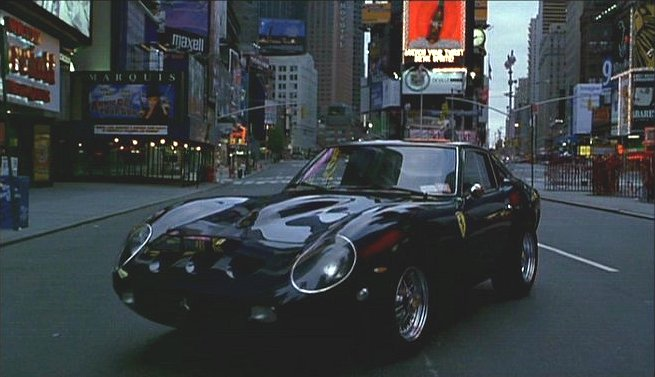