"The" movie Mondial - Scent of a Woman 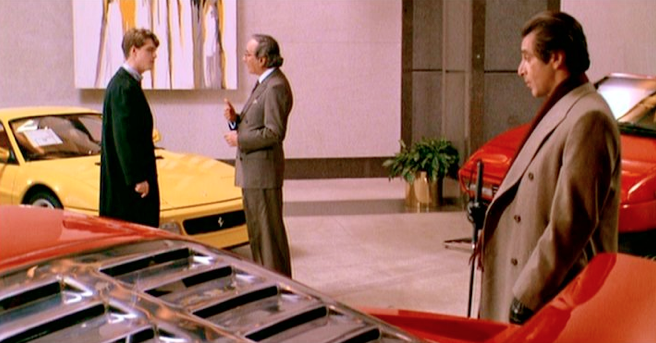 Next up in our “Ferraris on Film” series is the “Scent of a Woman” Ferrari. 1992's “Scent of a Woman” features Al Pacino, Chris O'Donnell, and a beautiful red 1989 Ferrari Mondial t Cabriolet. And if you're lucky enough to have never seen this film, believe me when I tell you the Mondial is the most life-like character in the movie. No plot description can really do this mess justice, so let us just say that the scene in which the blind Pacino gets behind the wheel of this Ferrari (yes, you did read that correctly), you'll almost be rooting for him to crash to put the audience out it's misery. Except that the poor car didn't ask for any of this.  Given the rariety of some Mondial coachwork these days (front fog lamps and the headlamp motors for example), we're pretty happy the car emeged unscathed.

Are you getting the impression I don't care for this movie? Well, you would be right. But the scene in which Al Pacino as “Colonel Frank Slade,” a blind and suicidal ex-Army Ranger, manages to convince a truly incompetent Ferrari salesman to let him and Charlie, his 17 year old companion, take one of their cars for a test drive is worth watching just because it is so mind-bogglingly weird.

After refusing to let this motley pair drive a Testarossa or an F40, the salesman Freddie Pisco accepts a $2K bribe from The Colonel and allows these two to leave the showroom in the famous Ferrari Mondial. With the top down, they head out into Manhattan traffic, The Colonel instructing Charlie to “drop her into neutral, slide her into second, pop the clutch.” Charlie, feeling sorry for The Colonel, then makes the bone-headed choice to let him drive. (Great decision making there, Chris O'Donnell. That's the kind of thinking that will have you suiting up as "Robin" in a few years wearing tights alongside Batman. See how well that works out for you.)

As soon as The Colonel takes the wheel of the famous Ferrari, he begins to step with more and more pressure on the accelerator as they speed down the mysteriously empty streets of Brooklyn (even through Manhattan was filled with traffic moments earlier), aggressively shifting gears, and demanding that Charlie tell him when to turn, then executing not just one, but two (!) power slides. Thankfully, after almost killing them multiple times, he is pulled over by the world's worst traffic cop, who doesn't even notice that The Colonel is blind (!), and let off with just a warning (!), but not before telling Charlie, “You are riding with a very happy man!”

Finally, something we can agree with “Scent of a Woman” about—driving a Ferrari makes people happy! Even the blind ones! 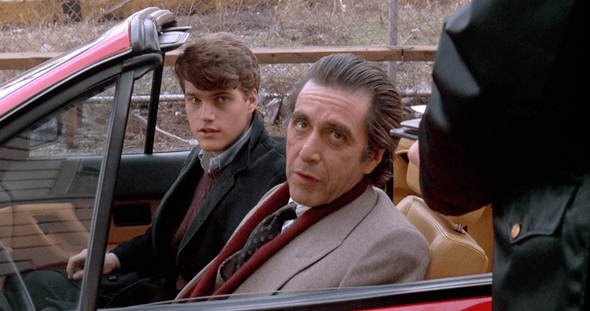