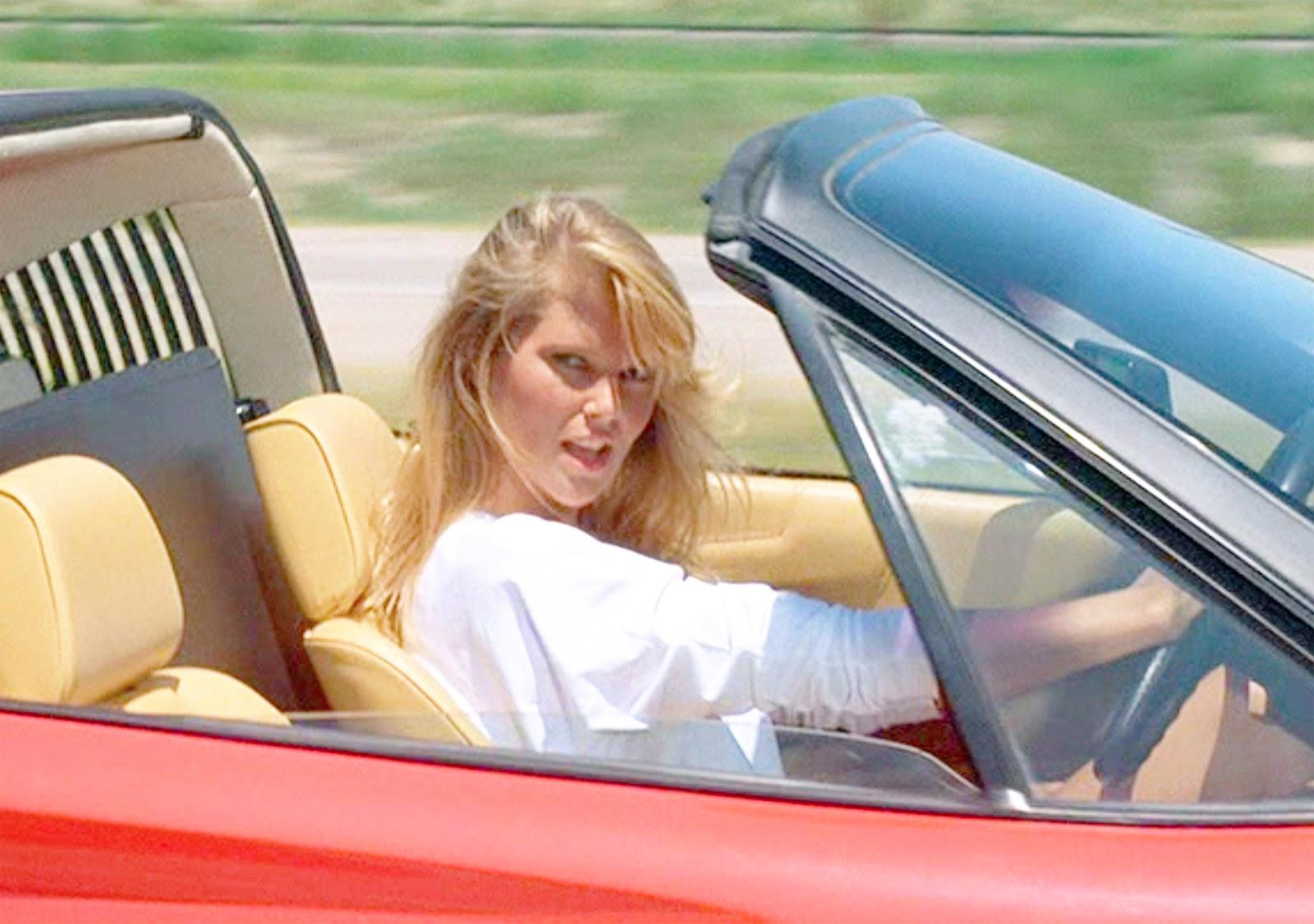 Did you know that the reason most Italian sports cars have such small pedals is because they were made for women to drive? OK, so it's probably not true, but there must be a reason for the relatively petite size of a Ferrari's brake pedals or a Lamborghini's clutch pedal. But as long as we are talking about women driving Ferraris and Lamborghinis, let's be truthful—there are just not that many women driving Italian sportscars. Notice I did not say "none". We all know of a few. But generally speaking, Ferraris and Lambos are often part of a young male fantasy world where women are usually decorative passengers. So, before we start slamming the movie “Vacation” (1983) and it's Ferrari scenes with Christie Brinkley for being another cheap, exploitative male fantasy where middle aged dads driving station wagons (or in this case, the “Family Truckster”) get to see themselves as studs with a shot at a supermodel, let's give the filmmakers credit for one thing. They actually put a woman behind the wheel of a Ferrari 308 GTS.

As for every other decision they made with these scenes, well … feminists don't have a lot to applaud here. Brinkley only real purpose is to embody a 14 year old boy's fantasy come to life. Heck, they don't even give her a name (she is billed in the credits as “The Girl in the Ferrari”).

And as we have seen so often before, Girl in the Ferrari is really just a Ferrari—a way for Clark to escape boring family life and and possess the one thing he doesn't have—freedom. Loaded down with obligations of family and everyday life, Clark wants to possess not just the car, but the freedom it represents.

Ah, the sweet freedom that only comes from escaping from the demands of everyday life and hitting the “Holiday Road.” At Ricambi America, we get it. So give us a call—we will be happy to help get your Ferrari heading out on your own “Vacation!”